The L.A. Confidential is a journey through the family tree of Rahkia Nance. Nance’s known paternal lineage begins in Lower Alabama (Coffee, Dale and Barbour counties), by way of Tennessee and her maternal family is from southwest Georgia.

Nance’s earliest known ancestor is Henry Nance, a slave born in Davidson County, Tenn. in 1837.  According to family folklore, Henry Nance left Tennessee for Coffee County, Ala., sometime before 1880; it is believed he was a runaway slave. He married the former Annie Cotton (b. 1865) and the couple had 13 children. Henry Nance died in 1926.

Nance’s southwest Georgia heritage is largely rooted in Stewart and Chattahoochee counties. This is where her Pinkard and Bryant ancestors have lived since before the Civil War. 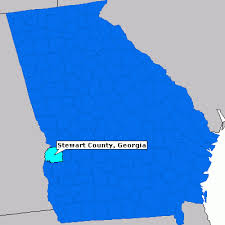 Using U.S. Census data and other public records, Nance has been able to confirm much of what has been passed down to her from relatives’ memories. She also been able to uncover those things once thought lost to time. This blog not only serves as a personal exploration, but also a way to document the people who were so that Nance could be.

2 thoughts on “About the blog”