I found this picture at my parents’ house and immediately recognized the uniformed player on the left. The casual pose, the charismatic acknowledgment of the camera– that was definitely my dad. But I was curious why he never mentioned his college baseball career. “Daddy,” I said, “I didn’t know you played baseball while you were at Tuskegee.”
“I didn’t,” he replied. “That’s not me.”
“Oh.”
I still like the picture. 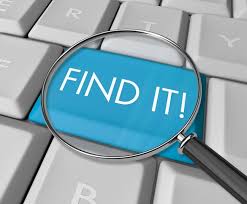 As you recall, formerly enslaved black Americans didn’t appear by name on the U.S. Census until 1870. So it’s entirely possible that an once-enslaved ancestor or relative would never be listed on a U.S. Census if he or she did not live past 1870.

This is exactly what happened with Norah Pinkard. She was four years old when she died in May 1870, a few months before the U.S. Census was taken.

But I can’t quite figure out whose little girl Norah is. She’s too young to be a daughter of Narcis Pinkard, my great-great-grandmother. (In fact, the two of them were born just a year apart–  Narcis in 1865 and Norah in 1866). Narcis’ husband, Ike, is the earliest Pinkard I can find. He was born in 1848, so theoretically, Norah could be his daughter, but I don’t have anything proving or disproving this.