Sometimes you have to play a bit of the name game during genealogical research. In my family, it’s not uncommon for folks to go by a couple of names. (suggested reading: Pinkard Cast of Characters).

And so I began a feverish search for Sarah Whitehurst and happened upon an entire branch of a family that was previously unknown to me.

In the 1866 Alabama Census Sarah Whitehurst was living in Pike County, Ala., with three children. They’re unnamed in the document, but there are two girls and a boy, all younger than 10. In the 1870 U.S. Census, the three children are still with her, and they have names– Tobe, Margaret and Rebecca. (They’re  7, 12 and 10, respectively). By 1880, Sarah has relocated to Barbour County, Ala. Tobe and Margaret have left the household, but Rebecca is still in the household. Sarah also has three grandchildren, Marg. J, Maggie and Major.

So far, that’s the last record of her I’ve been able to find. But, as I’ve realized time and again, that doesn’t mean that there aren’t any out there. 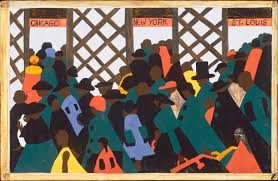 This painting, The Great Migration, illustrates the northward routes many blacks from the rural South took in the first part of the 20th century. Many of my maternal relatives left Georgia for large Northern cities.

Sometime between 1900 and 1924, a little girl from Chattahoochee County, Ga., left to become a housewife in the big city. She left as Frances Pinkard and wound up Frances Johnson.

The bulk of my mom’s side of the family is in southwest Georgia, but there were a few who were swept up in The Great Migration and headed north, like thousands of others of blacks from the rural South.

One of the first was Frances Pinkard, who was one of my great-grandfather’s older sisters.  I realized this when I stumbled across a death certificate for her.

The certificate was issued in Illinois in 1924. The name on the certificate was Frances Johnson. Her spouse’s name was Ben and her father was Ike Pinkard (confirming that this was the former Frances Pinkard). I haven’t been able to find any other document that places her in Chicago. The only other record I found for her was the 1880 U.S. Census, when she was six and still living with her parents, Ike and Narcis Pinkard, in Georgia.

She wasn’t the only one. I stumbled across another obituary, this time for a Will Pinkard, who died in Cleveland in 2004. His father, Ike, was one of my grandfather’s brothers. (You may recall quite a few Ike Pinkards have sprouted in my family tree).

“I do remember that we had cousins in Cleveland,” my mom recalled. “I can’t remember his name– it might’ve been Will– but he left Omaha when I was a little girl. He never did come back.”

My aunt, Leslie Pinkard Odom (1950-2000), had spent most of her adult life in Cleveland. But why Cleveland?

The way it worked, my mom explained, is that usually one person would head north, find success and then encourage others to go. When my aunt graduated from high school, that’s what she did.

“I wasn’t too particular about Cleveland,” my mom said. “Fortunately other opportunities opened up.”

This is Coffee County Training School’s 1948 football team. My uncle, James A. Nance, is in the front row, fourth from the left. As you may recall, this is the school that my cousin, Elijah Tindell, was principal of, and the school to which my great-grandfather, J.E. Nance (1891-1979) donated land after the original structure was destroyed by fire in 1938.

Me and my brother having quality time at our grandma’s house. Summer 1984, I think.

I went to the eye doctor this week, and as usual, the visit was quite comical. Reading the eye chart …

This adorable little boy is my uncle, Orlando Tyrone Nance (1947-1999). It was taken during the 1952-53 school year, which means he was in kindergarten or first grade. 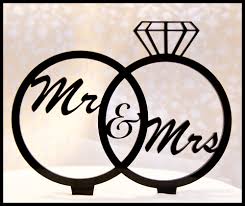 Some people marry for love. Others marry for money. And others, like Henrietta Nance Clark, marry to get away from their fathers.

I was visiting one of my cousins, Vernetta Clark DeRamus, when she started chatting about her grandmother, Henrietta. Henrietta was one of my great-grandfather’s  older sisters.

Henrietta Nance Clark (1886-1975), one of my great-grandfather’s older sisters

They moved to Dale County, Ala., lived in Ozark and had nine children, including a set of twins.

Looking at the 1930 Census, I deduced that Henrietta wasn’t John’s first marriage. According to the document, he was 18 the first time he got married. Henrietta was 20 at the time of her first– and only– marriage.

My Uncle James (left) and my Uncle Vic. These are two of my grandfather’s younger brothers. I took this picture of them Thanksgiving 2009 at my cousin’s/their niece’s house in Tuscaloosa, Ala.