The WordPress.com stats helper monkeys prepared a 2012 annual report for this blog.

The new Boeing 787 Dreamliner can carry about 250 passengers. This blog was viewed about 1,200 times in 2012. If it were a Dreamliner, it would take about 5 trips to carry that many people. 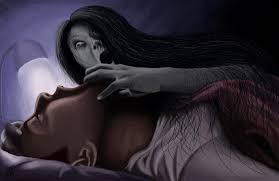 Living out your dreams isn’t so pleasant when there’s a witch riding your back.

Imagine being trapped in a bizarre state of semi-consciousness by a frightening omnipresence. Or being chased and/or pinned by a faceless shadowy figure, unable to move or make a sound, unsure if you’re awake or dreaming.

This is a typical witch ride and for me it usually ends with me waking up terrified. My heart is racing and I’m either gasping for breath or coughing.

For those unfamiliar, witches riding your back is a Southern phrase used to describe sleep paralysis. This is a type of sleep disorder that tends to run in families. (I come from a family of vivid dreamers, both figuratively and literally).

I was 10 or 11 when I was introduced to the concept of the witches riding your back. After a particularly rough sleep, I ambled into my grandmother’s kitchen one morning. She took one look at me with my disheveled hair and dazed look and asked if the witches had been riding my back.

Anyone else know what I’m talking about? When’s the last time a witch rode your back?

Ah, the Whitehurst Freeway. This busy stretch of highway hugs Georgetown and tugs at my heartstrings as it traverses the District. It’s also a source of curious pride for me; my paternal grandmother’s maiden name is Whitehurst.

So of course, I did a little digging. Here’s what I’ve discovered. The freeway ‘s namesake, Herbert C. Whitehurst, was a director of the District’s highway department. His family was from Richmond, Va., and made its fortune manufacturing sashes, blinds and doors. 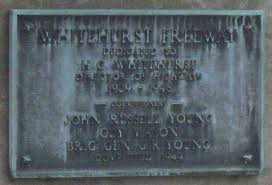 This is inscribed at the bottom of the Whitehurst Freeway in Washington D.C. It was completed in 1949 and named for Herbert C. Whitehurst, director of the District Highway Department from 1929 to 1948

My Whitehurst line is deeply rooted in Lower Alabama; my great-great grandfather, Rubin Whitehurst was born in Alabama in 1849. (His mother, Sallie, was born in Florida and his father was too). My grandmother, Ruth Whitehurst Nance, was born in Barbour County, raised in Coffee County and spent most of her adult life in Bullock County. (Incidentally, the Whitehurst Freeway is part of U.S. 29, which eventually makes its way through Bullock County).

As far as I’ve been able to tell, there are no direct Virginia connections to my Whitehurst line– but that doesn’t mean there isn’t one to be found.

Government names are rather incidental  on my mom’s side of the family. For every name I’ve found on a Census or  vital record, there’s a colorful nickname to go along with it. And a lot of times, a relative’s birth name is a discovery in itself. So here’s a rundown of who’s who in the Pinkard family:

Hannah. Government name: Lula Bryant Pinkard. My maternal grandmother. Apparently Hannah was only used by those closest to her. We’re not sure where the name came from.

C-Bo. Government name: Sylvester Pinkard. My uncle (my mom’s only brother). She gave him this nickname as a child and it stuck.

BT. One of my grandfather’s brothers. “I don’t know how he got that name,” my mom said. “His real name was Ike.”

Sonny Boy. Government name: Can’t recall at this time, but in his adult life, he was known as Bonck

Aunt Sump. Government name: Again, can’t recall at this time. This was one of my snuff-dipping aunts.

With cameo appearances by…

Bo Chainch and his wife, Katie Bell. These were my mother’s neighbors while growing up. They were the proud parents of Tonk and Nip. A friend earned the nickname Bad Eye after a run-in with a barbed wire clothesline left a gash over her eyelid. Chocolate Chunk was another neighbor, so named because of her brown skin. Further up the street liv 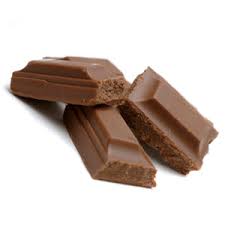 ed  Tal and her husband, Tootie. And I’ll round out the roll call with these neighbors: Doon, Sweetheart, Li’l Honey and Honey Boo.