“We’ve been togther for such a long time, music and me…”

For as long as I can remember, music has been part of my life. I have singing aunts,  a horn-playing uncle and a high-knee marching sister. Yours truly is a piano-playing phenom. (I also spent six years playing the cello and a year each on the clarinet and saxophone).

My uncle, Orlando Tyrone Nance (1947-1999), introduced me to marching bands and what would later become my alma mater. He would have celebrated his 65th birthday last week. He was a member of the Marching 100, Florida A&M University’s world-renowned marching band.

My dad was also a saxophonist and was a part of Tuskegee Institute’s Crimson Pipers. My dad is also a true lover of music. Growing up, music was always in the house and often was educational as it was entertaining.  An example: my parents used music as a way to illustrate the ugliness of racism. The first time I ever heard the word nigger in a vitirolic context was in Stevie Wonder’s “Living For The City.” My parents used– and still use– certain lyrics in a number of ways:

As an emotional release: “Y’all gon’ make me lose my mind, up in here, up in here”– DMX

Thanks to my dad, I learned how to decode a James Brown song, how to appreciate the lush arrangements in a Gamble and Huff composition and which rhythms were made for hand-dancing. I learned how a rich baritone could complement the tenderness of a falsetto.

My mom has a pretty eclectic taste too. I vividly remember her singing Prince classics “Raspberry Beret” and “A Love Bizzare” when I was a kid. But she also put me on to artists rarely heard on the radio, such as O.V. Wright and Joe Simon. My brother and one of my favorite cousins introduced me to rap legends such as Run-DMC and the Beastie Boys. I couldn’t have been any more than 7 years old when I asked that cousin what “Public Enemy” meant.

*SIDE NOTE* I used to love arranging my dad’s record collection when I was a kid. (This later turned into a moneymaking venture). That’s when I fell in love with cover art.  Incidentally, the first time I saw a bald woman was when I got to the “O” section of the collection, i.e., the Ohio Players’ Pleasure album. 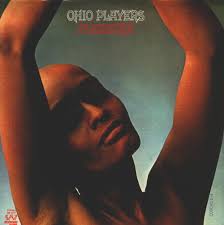 This is the cover of the Ohio Players album titled "Pleasure." It's one of many gems that my dad owns

I developed my own musical tastes, having grown up in the video age. I spent a lot of time glued to MTV between 1992 and 2000. If a video aired on MTV during those years, chances are I know the song, artist, album, year it was released… and choreography, if applicable. My musical interests expanded as I began to seriously study piano. My teacher challenged me to learn pieces by Bach and Beethoven, as well as Scott Joplin and Jelly Roll Morton.

To this day, I still I have deep love of music. My iPod has everything from Wham! to Wale.  What are you listening to? It’s January and it’s cold. Obscenely cold. Colder than a witch’s you-know-what. Cold enough to freeze the . . . off a brass monkey. It’s what some call bone-chilling weather– and what my family calls “hog-killing weather.”

“Hog-killing weather” is a new phrase for me, a nod to my family’s agricultural roots.

I first heard it on a crisp January morning as I was enjoying a bowl of cereal. My dad was reading the newspaper and remarked that the high temperatures would only be in the 30s. “Hog-killing weather,” he mused.

I paused. “Hog-killing weather? What’s that?” I asked.

“You know, when it’s really cold?”

“So you have to wait until it’s cold to kill a pig? You can’t kill a pig in the summer?”

“Well you could,” my dad said, “but the meat wouldn’t last very long.”

He explained hogs were slaughtered during the winter so the meat could be well preserved in the smokehouse, another new term for me

“The smokehouse? Is that where you smoke meat?”

“Well, it’s not like you go in and start a fire or anything,” he said.

The smokehouse, my dad explained, was was where meat was preserved and stored, not the enclosed structure with a grill that I had imagined. (My great-grandfather, J.E. Nance, had a smokehouse on his farm in Enterprise, my dad told me. It was about the size of a storage shed.)

I was fascinated and decided to share this information with my mom. (But having grown up in rural southwest Georgia, this was probably common knowledge for her.)

Unsurprisingly, she knew what I was talking about when I mentioned “hog-killing weather,” and described it as the time of year “when the ground spews ice.”