The Latin phrase above means “to teach and to inquire into the nature of things.” It is the motto of the University of Georgia and quite fitting for my genealogical journey.

I found out that this Moses W. Dobbins is actually Moses W. Dobbins Jr. and that his father was an early rector at the University of Georgia. Junior’s great-uncle (and namesake) Moses Waddel, was a former president of the university.This is the same family for whom Dobbins Air Force Base in Marietta, Ga., is named. This family tree explains the connection).

Earlier today I emailed a Dobbins researcher for more information about Moses W. Dobbins Jr. The response I got was interesting and filled in the blanks about why that family left Stewart County, Ga: they were left “impoverished” by the Civil War. Moses Dobbins’ brother-in-law bought the family a 150-acre farm in Fulton County, Ga., where they moved sometime in 1880.

From what I’ve found out, this family seems to have been fairly prominent. The Dobbins name is splayed all over the Atlanta area.  The names of their slaves, however, remain elusive.

BULLOCK COUNTY, Ala.– The year is 1954 and my grandfather,Y.C. Nance, the county’s extension service agent, is facing accusations that he tried to register blacks to vote. I found this snippet of information two years ago during a Google search that turned up a report by a University of Arkansas professor, Jeannie M. Whayne. I got my hands on  the full report yesterday and what I read left me speechless.

History lessons about the racial and political climate in Alabama had always intrigued me. As I got older, I wondered how history intersected with my Alabama-born-and-raised family members’ lives. Sure, my dad and aunt told me stories of walking on the opposite side of the street of homes where white people lived, attending segregated schools and even the “whites only” signs that silently boasted the social strata of Union Springs. But for the most part, my grandparents worked very hard to shield their three children from the ugliness that marred their city and state at the time. I had no idea that this kind of tension seeped into my grandparents’ home.

In Whayne’s report, titled “Black Farmers and the Agricultural Cooperative Extension Service: The Alabama Experience 1945-1965,” she writes that a member of the Bullock County Board of Registrars received a report of “two white men and one colored man” influencing blacks to appear before the board. “Because of the influence Mr. Nance might have with his people, it was felt by some that

he was the colored person involved.”

To make a long story short, my grandfather wasn’t “the colored person involved,” and a member of the Board of County Registrars testified as much. Whayne went on to write that extension service agents who raised issues of parity were often reprimanded or even dismissed. This was not my grandfather’s fate. He held his position until his death in 1966. 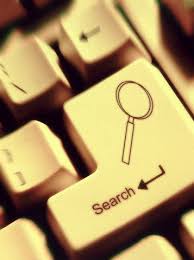 My research has led me beyond 1870 and into the days of slavery, where my desire to know may be at odds with others’ desire to forget. I have searched for the beginnings of my bloodline in  wills, deeds, bills of sale, estate papers and newspaper clippings.

But I’ve found out so much more about the families that may or may not have owned my ancestors.  I’ve retraced the steps and they have taken me places I never imagined: to South Carolina and a man who fought in the Creek Indian Wars in Alabama. To a Confederate solider who is said to have attended to Gen. Robert E. Lee during the Civil War.

I’ve come across dozens of names of slaves, but none of them are my people. I feel like I’m literally clicking all around the slave-slaveowner connection. Or maybe I’ve unknowingly thumbed past an ancestor’s name in one of the hundreds of pages I’ve read.

Thanks to U.S. Census slave schedules, I know the names of possible slaveowners, but the slaves themselves are simply reflected as tallies indicating age, sex and color. So my search continues for those who some would prefer remain nameless and faceless.

While researching these families and witnessing virtual family reunions via genealogy forum threads, I’ve often wondered if my queries about my ancestors and their connections to these families would be received with as much interest in zeal as the others. Well, I’m tired of wondering. I have some queries to post. Stay tuned! 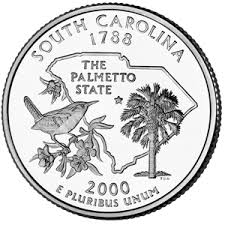 Following my Tindall line has led me from Dale County, Ala., to South Carolina.

QUICK RECAP: My dad’s paternal grandmother was Mamie Gilley Nance. She was the only daughter of Frank and Flora (Brown) Gilley. Frank Gilley was most likely an ex-slave who changed his name from Frank Tindall to Frank Gilley. His parents were Seaborn and Hannah Tindall, who were both born in South Carolina in the 1820s. In 1866 the Tindalls were living in Dale County, Ala., presumably as freedmen.

I checked out the 1860 and 1850 U.S. Federal Census slave schedules for any slaveholding Tindalls in Dale County. I found quite a few. But there was only one who was from South Carolina. His name was James Tindall. He was born around 1796, and according to U.S. Census data, had been living in Alabama since at least 1850. He remained in Dale County until Reconstruction, when he and his wife moved to Geneva County, Ala., and were living with Sarah and Henry Drew (presumably a daughter and son-in-law?)

My theory is that Seaborn and Hannah were brought from South Carolina to Alabama with their master or masters. The 1870 U.S. Census  notes that they were born in South Carolina. I did a little more digging and discovered that the South Carolina Tindalls were a large slaveholding family. So far, I haven’t been able to connect James Tindall with any other family members except for his wife, Cassander.

I stumbled across the South Carolina Department of Archives and History Web site a few weeks ago. Lucky for me– and other researchers– thousands of images have been uploaded, including wills. To my delight, the index is chock full of Tindalls. I hope I can find the Tindalls I’m looking for!

The first time I saw my grandfather, I couldn’t have been more than four or five years old. He was an eternal forty-something– quiet, composed and stately. I had seen him a few times before in passing, not knowing who the man who lived in the picture frame really was.

“That’s your grandfather,” my parents explained to me. “Daddy’s dad.”

I remember rambling through drawers at my grandparents’ house, which they moved into in the 1950s. I stumbled across quite a few pictures of my grandfather and one thing stood out to me– he was almost always photographed doing something to improve the world around him. For me, these pictures were so much more than just pictures. They helped shape the identity of a man I had never known.

My grandfather spent 50 well-lived years on this earth. But the imprint my he left on his family and community is so pronounced, you could almost say that Y.C. Nance is still here. That’s a 50-year legacy– with 50-plus more to grow on.